Where the Tides Meet

To my goddess Alcyone…
await my return where the tides meet the earth,
next to the cliff where the gulls perch.
The very same place I professed my undying love for you –
the stars and the midsummer sky as witnesses.

Come with us on a journey to antiquity, where a bride of Greek mythology eagerly awaits us…

A touch of melancholy lies in the air. The day is still young, but the light already lost the fight against clouds. An approach of magic is clearly noticeable; it is unclear whether she is awake or dreams.

Inwardly she is torn, between hope and anxiety, between love and sadness. As much as the wind blows over the beach and the sea dashes against the rocks, the uncertainty seethes deep inside her.

Outwardly, she seems strong and full of confidence. The last written words of her sweetheart reassure her that their love is eternal and not even death can separate their two hearts…

The wonderful love story that photographer Jacqueline Anne tells us here is tragic and romantic at the same time. „I’ve always been fascinated with ancient Roman and Greek mythology. This editorial was inspired by the love story of Alcyone and Ceyx, and focuses in on Alcyone’s perspective specifically on the morning after Ceyx appeared to her in a dream.“ she told us.

Having visions is one thing, realizing them is a whole different story. But that´s also a challenge that the picture poet met and was rewarded with the perfect ambience.

„The day was freezing cold, and the sea spray covered us all, but this is exactly what we were looking for and Haystack Rock in Cannon Beach, Oregon didn’t disappoint.“

The setting was rounded off perfectly with mysterious and antique-looking stationery by Quill & Co, which appears like it came directly from the time of the gods.

We are deeply impressed by all the aesthetics and emotions that Jacqueline Anne transported with her images right into our hearts and can hardly wait to share them with you. 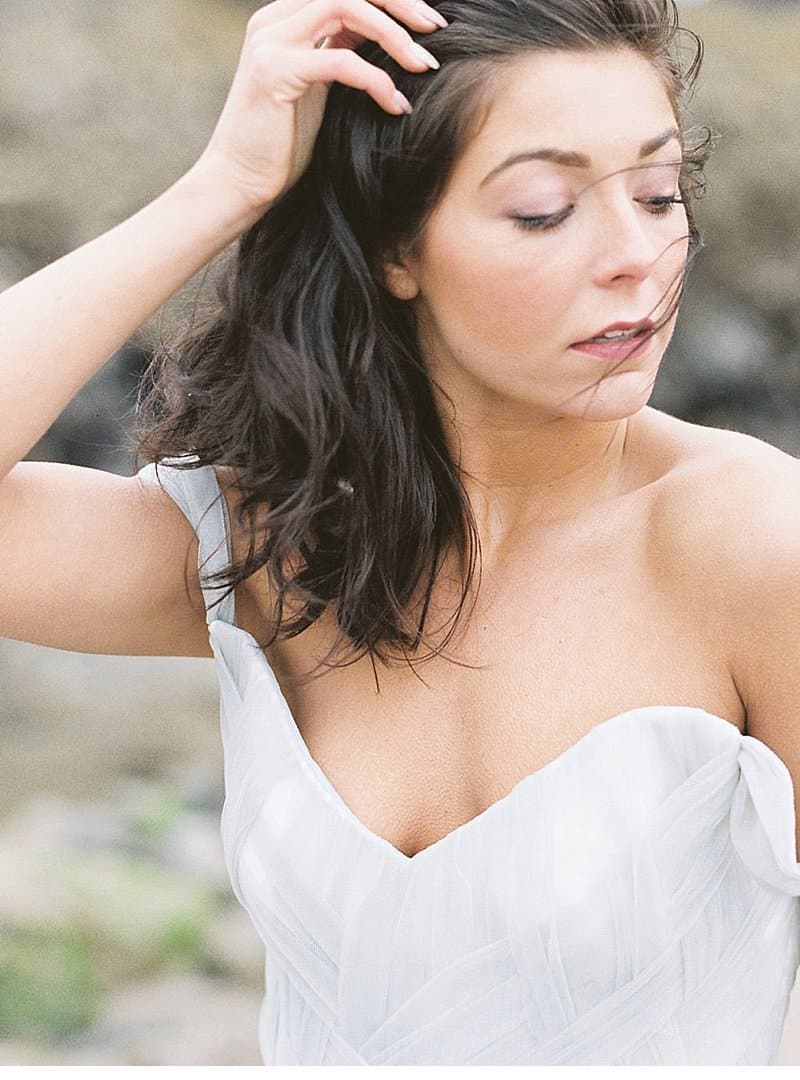 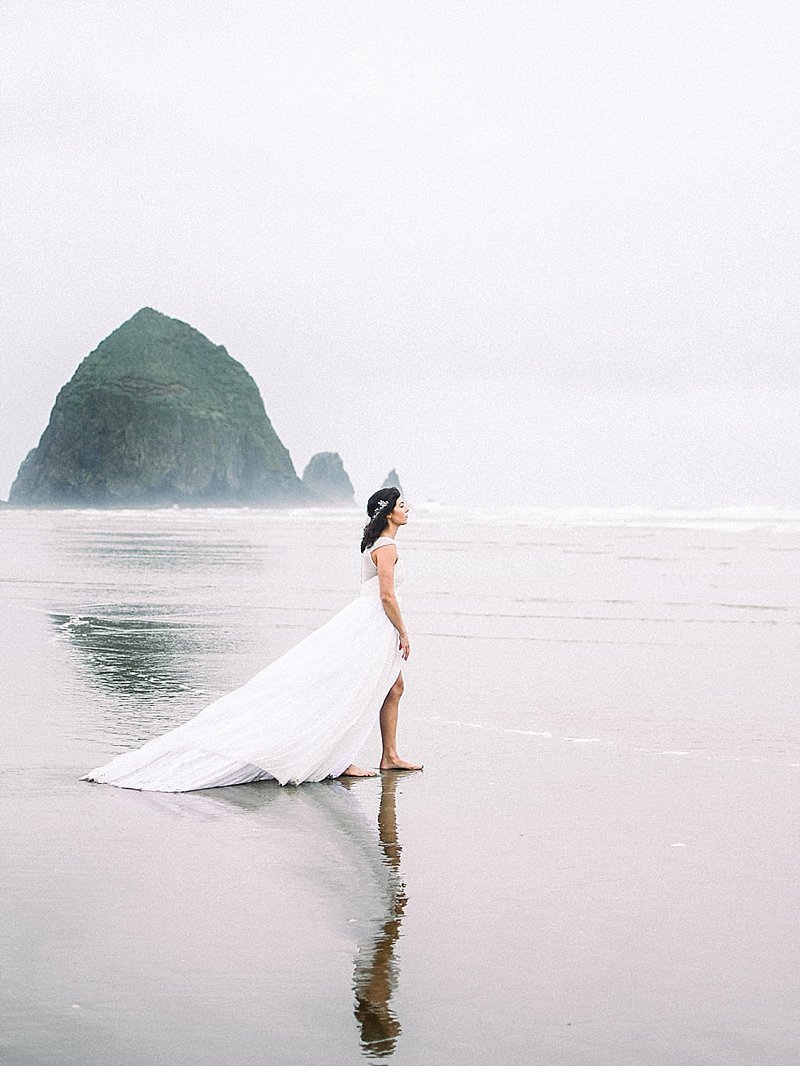 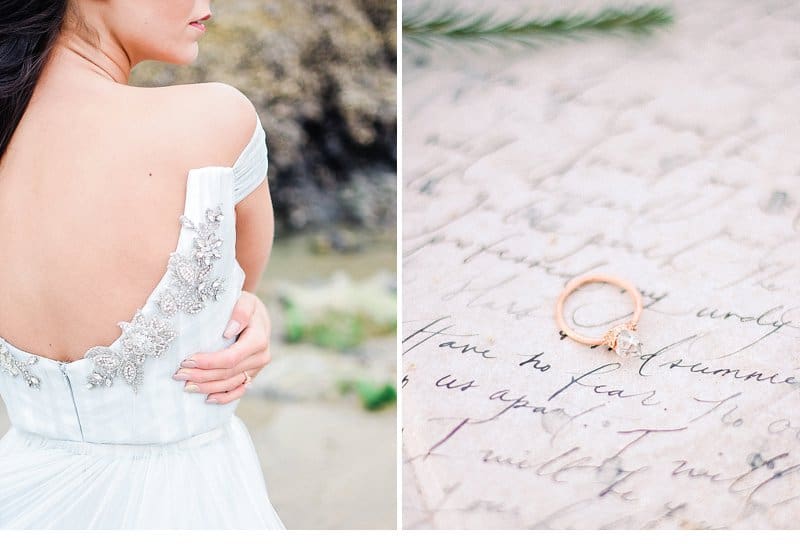 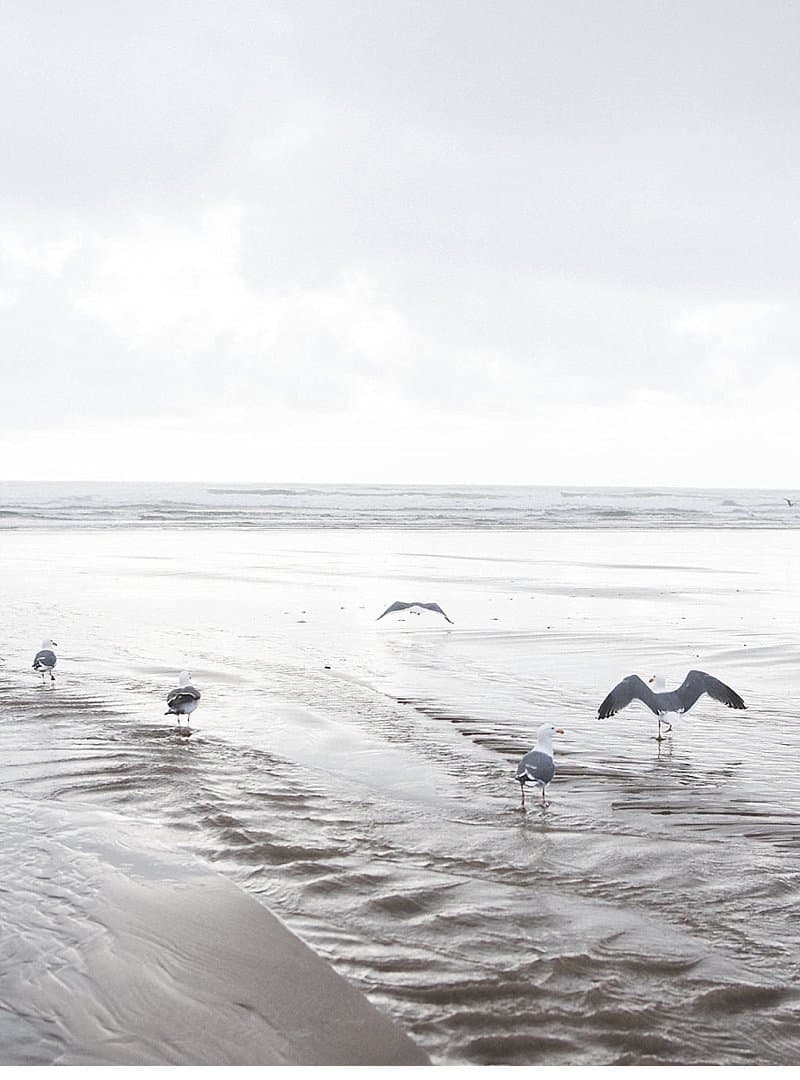 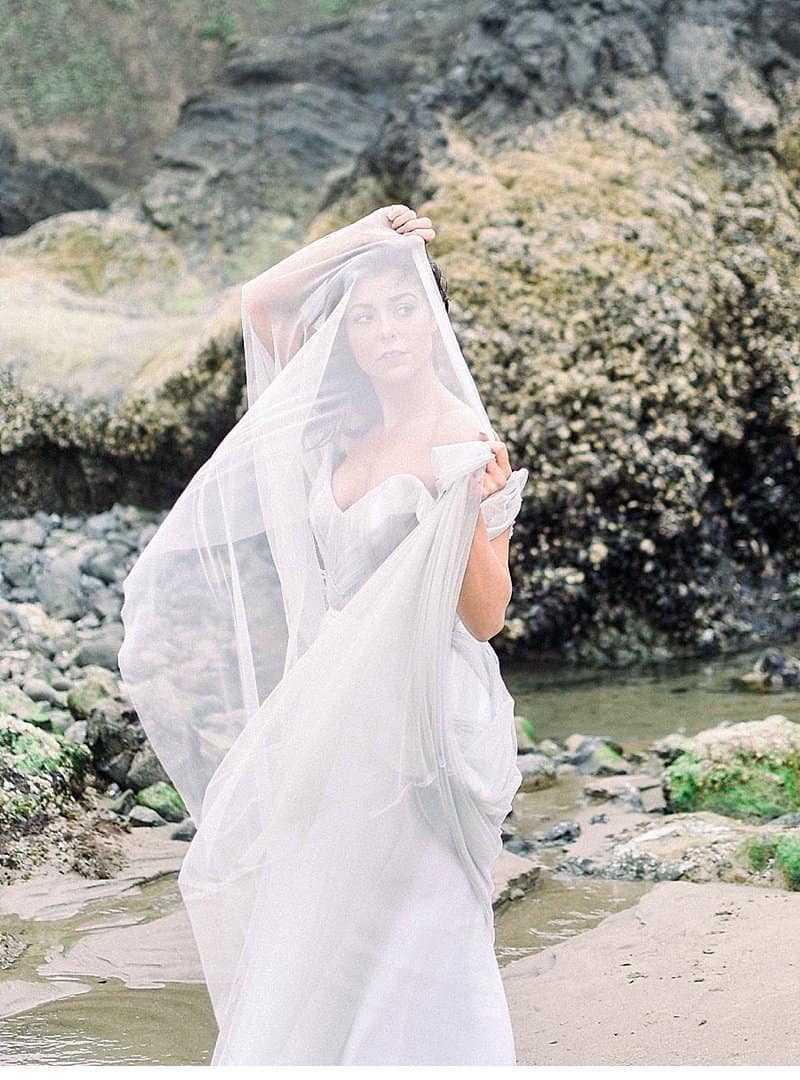 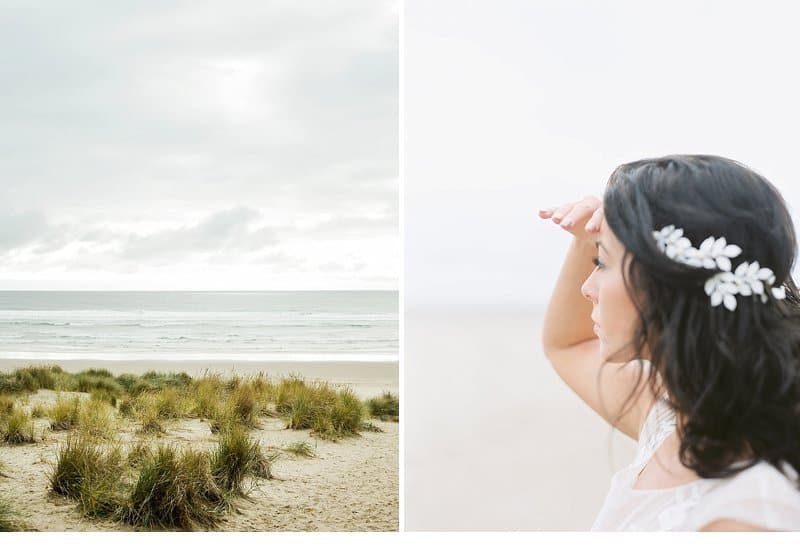 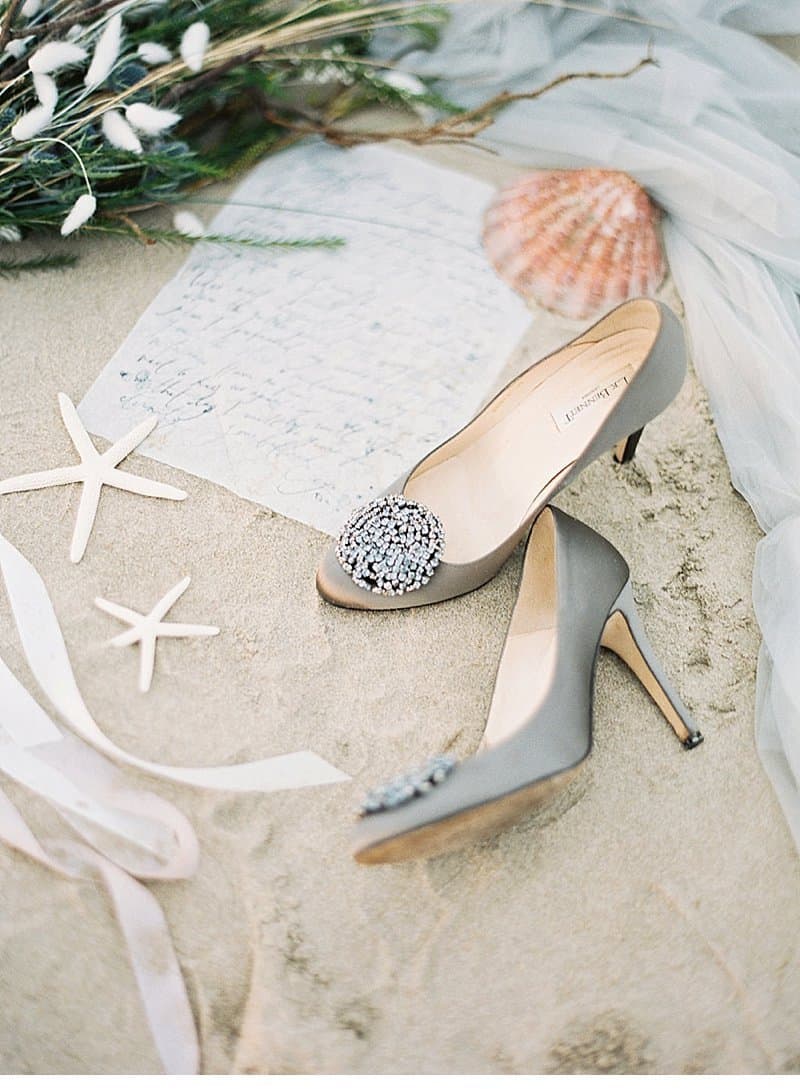 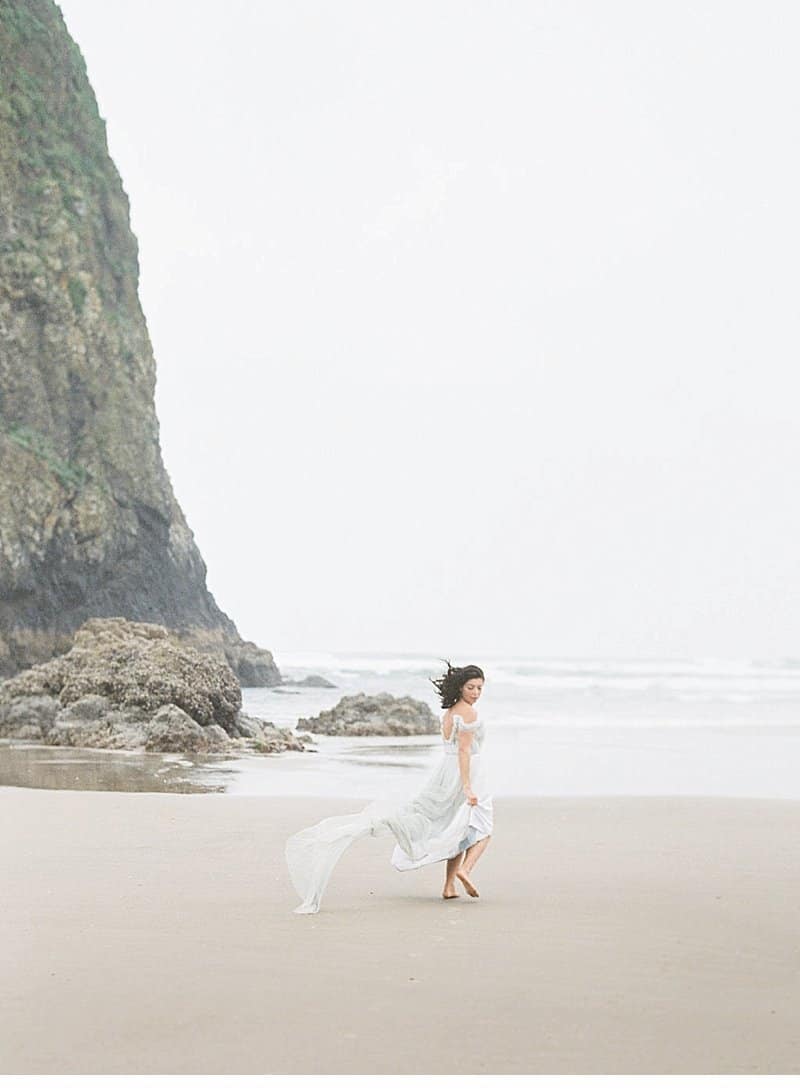 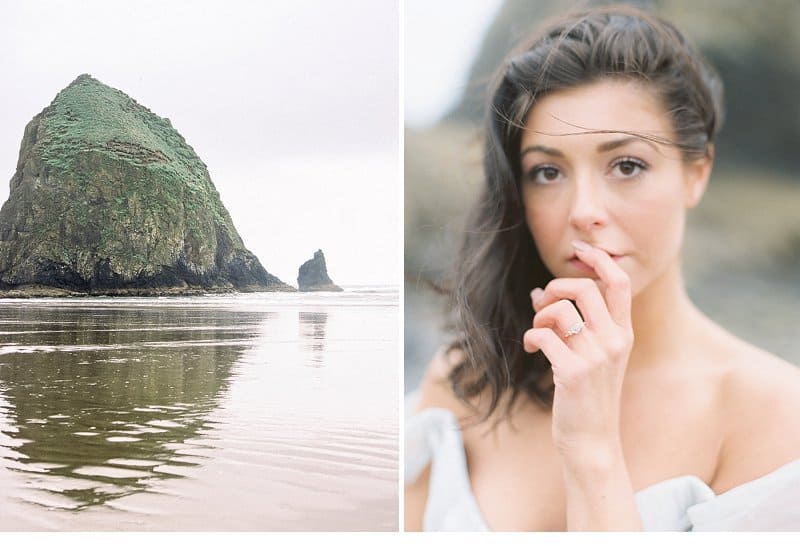 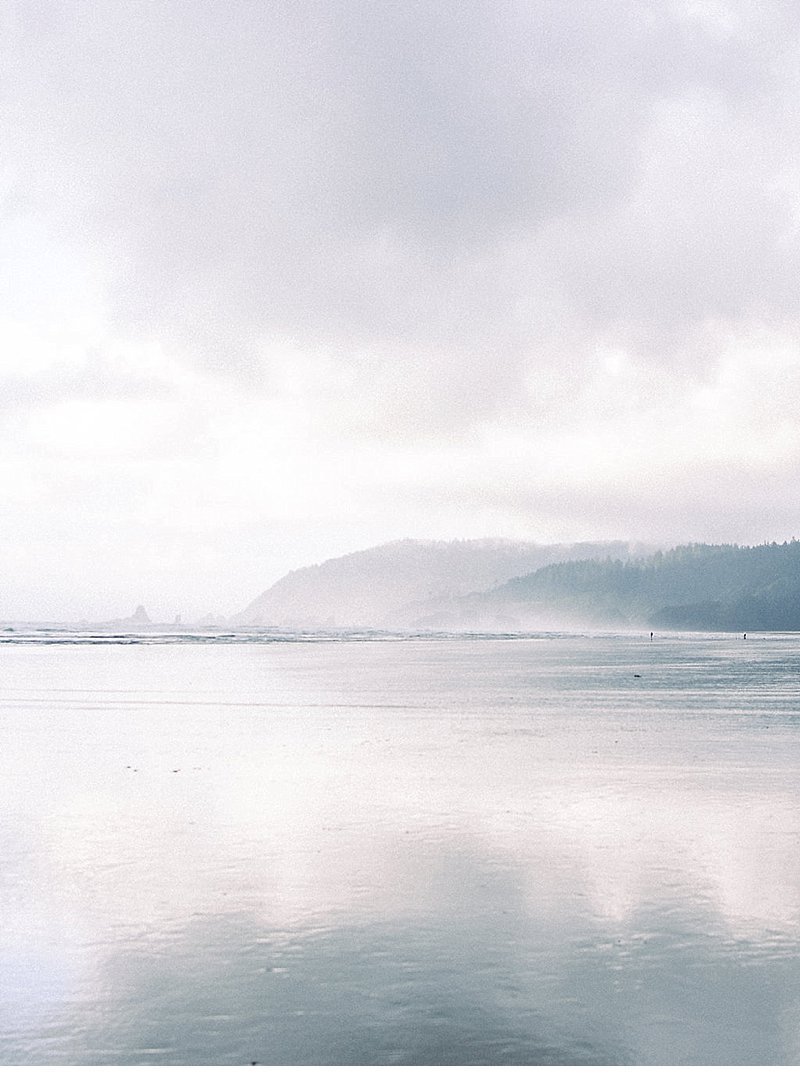 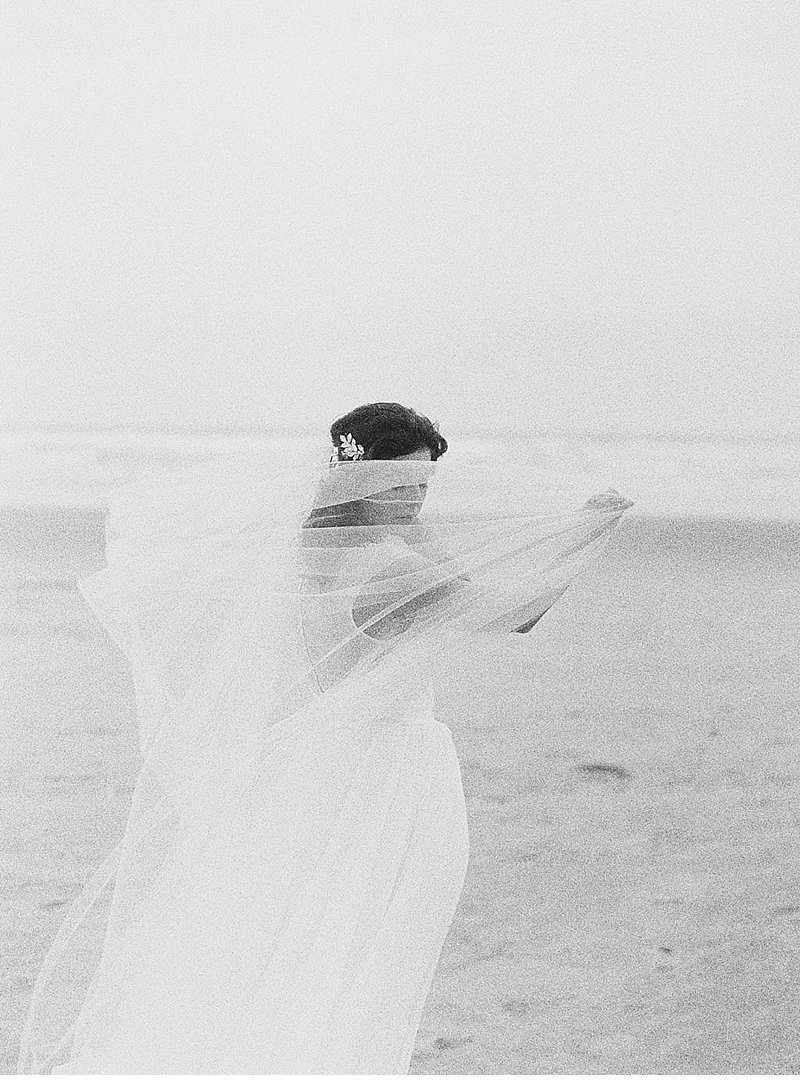 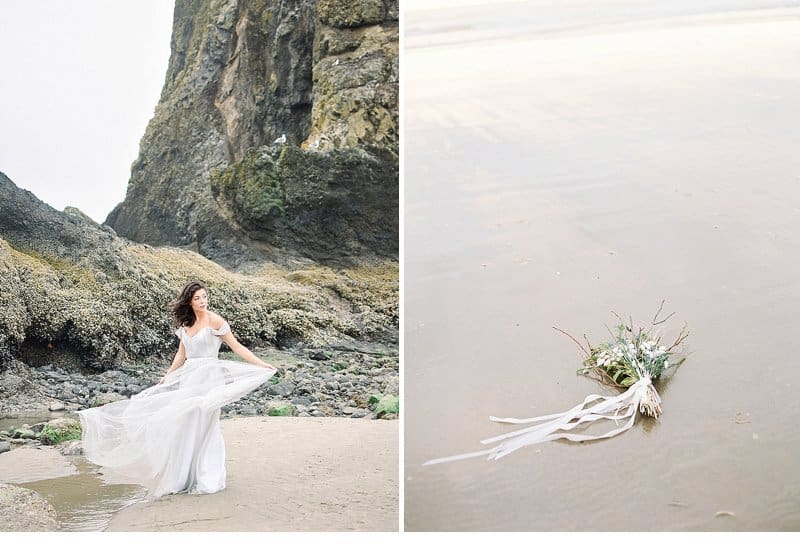 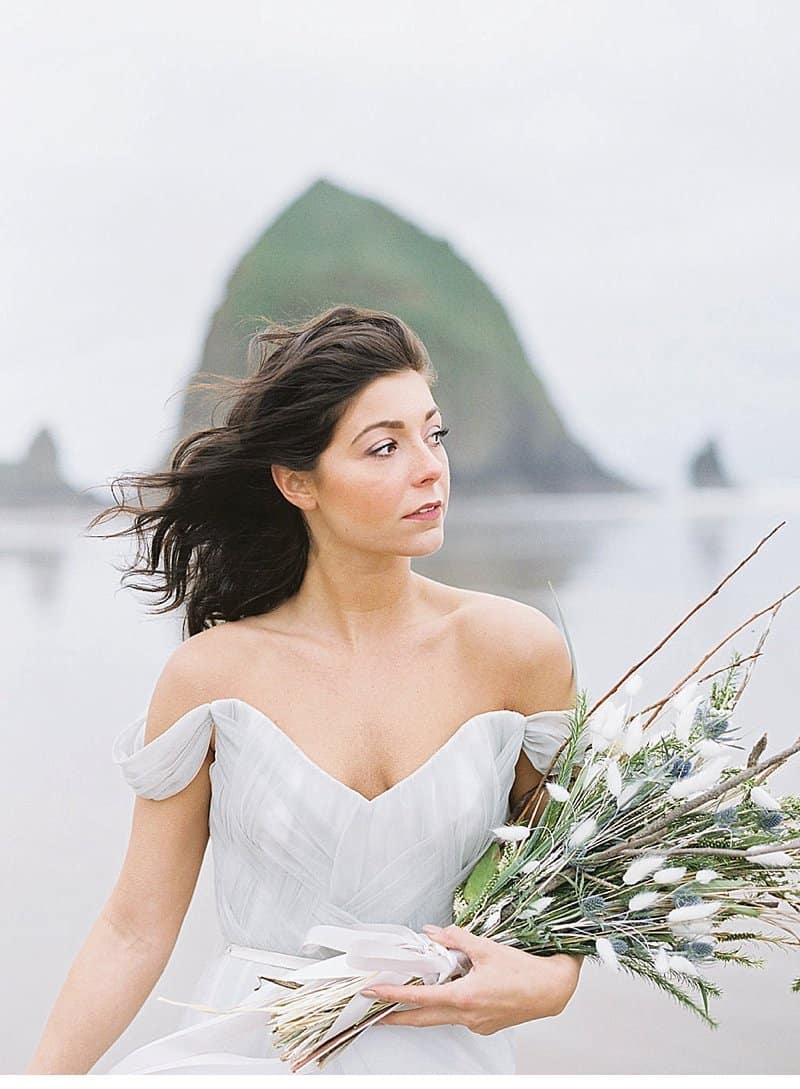 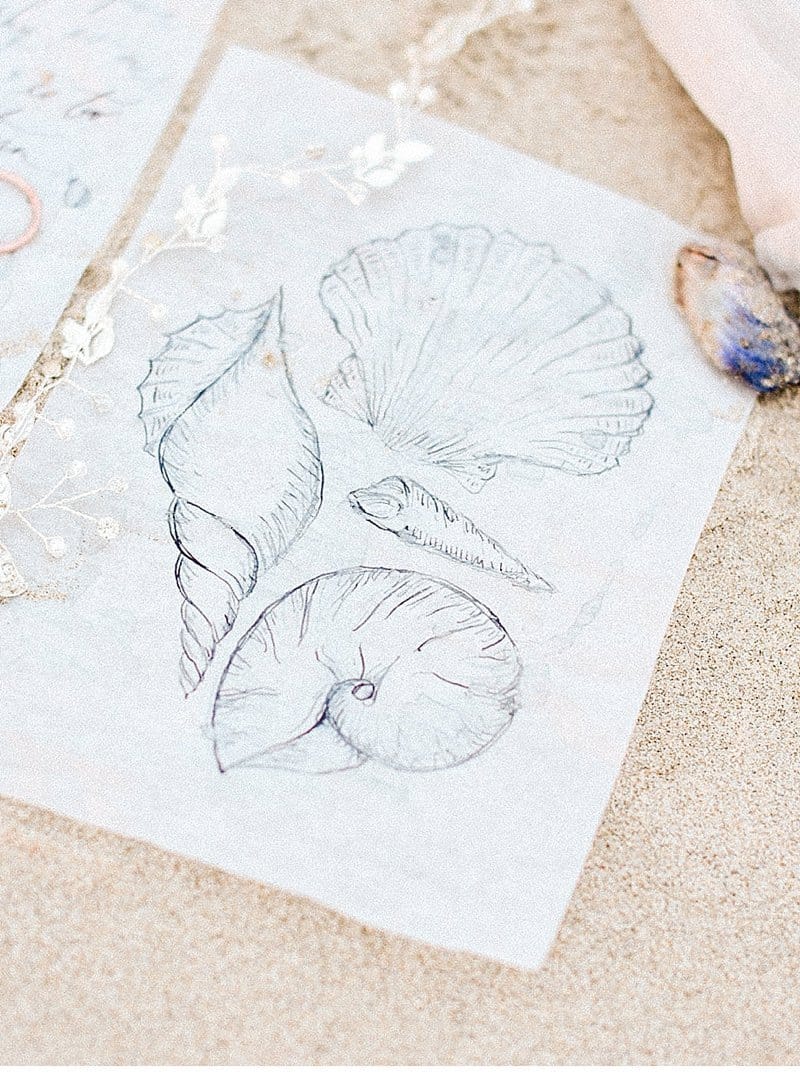 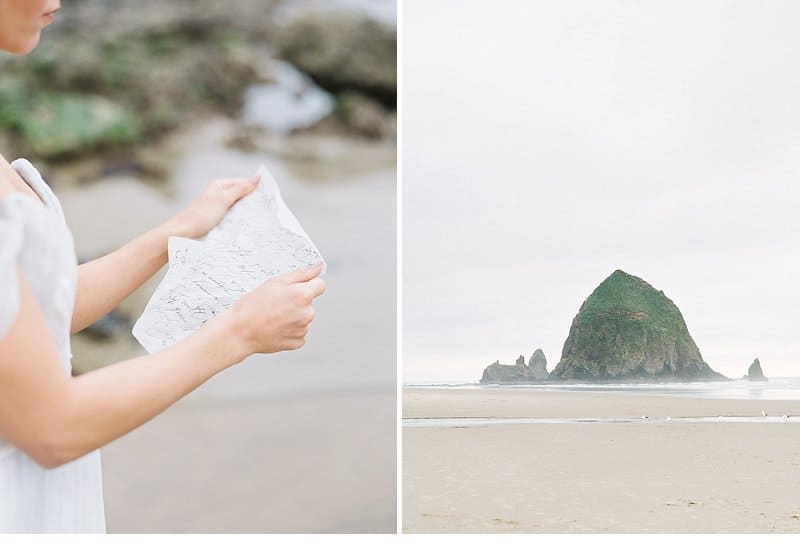 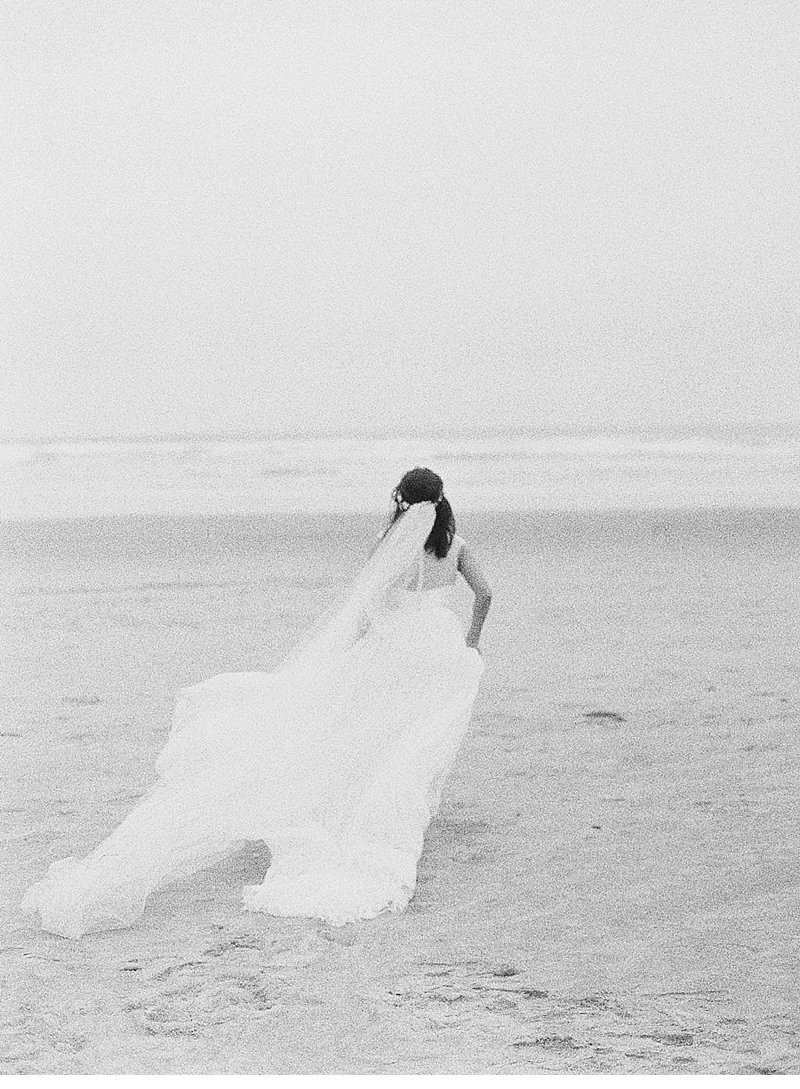 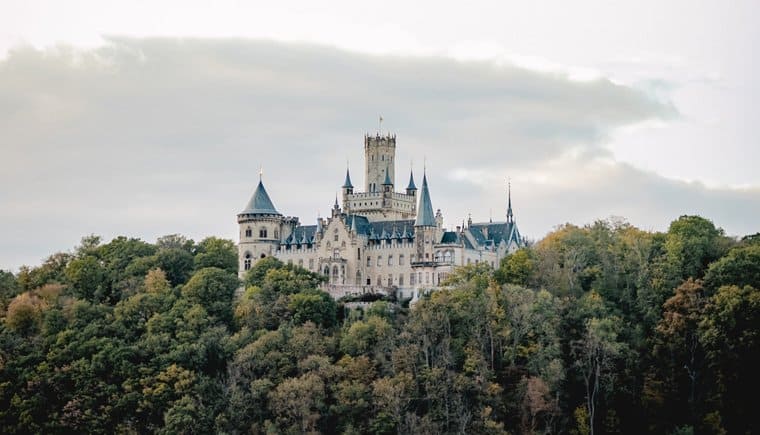 The Love Story of Marienburg Castle by Diana Frohmüller 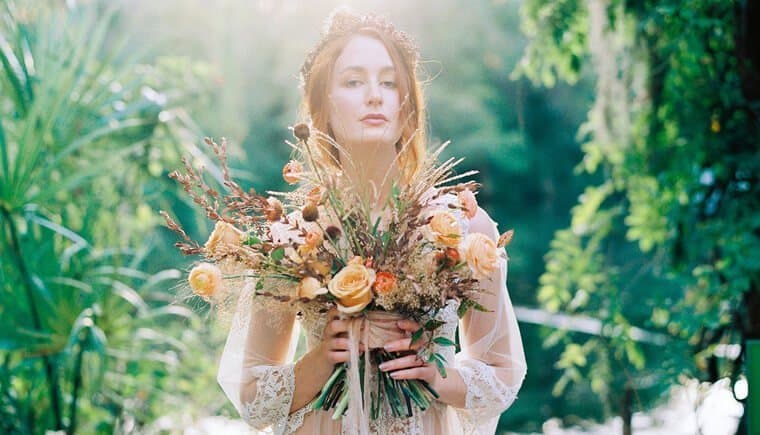 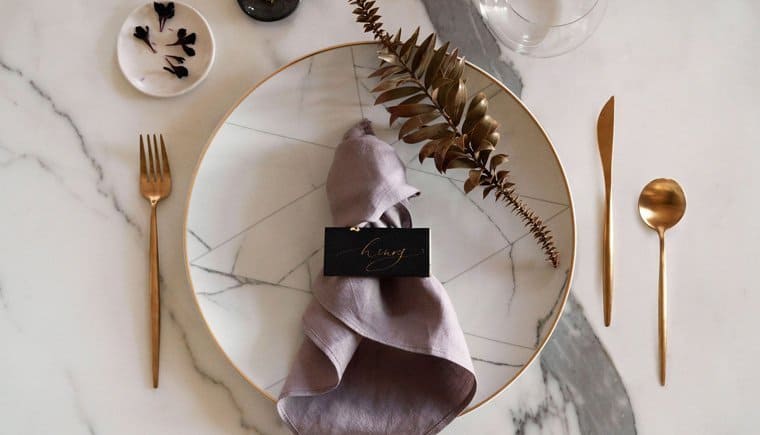 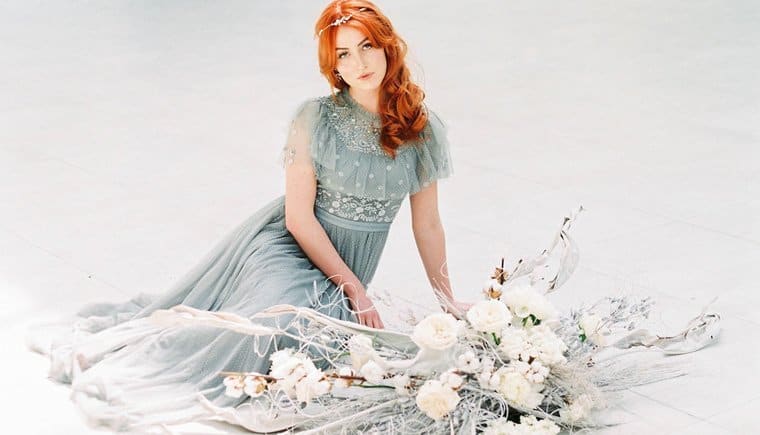 Something Grey by Karina Papadopoulos